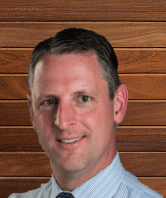 The anterior cruciate ligament, or ACL, is one of the major ligaments of the knee that is located in the middle of the knee and runs from the femur (thigh bone) to the tibia (shin bone). When this ligament tears, it does not heal by itself and often leads to the feeling of instability in the knee. Therefore ACL reconstruction surgery becomes necessary. In some people, a second surgery, ACL revision surgery which involves placement of new graft may be needed when ACL reconstruction failure occurs.

ACL injury is sports related that occur when the knee is forcefully twisted or hyperextended. An ACL tear usually occurs with a rapid directional change with the foot fixed on the ground or when a deceleration force crosses the knee. Changing direction rapidly, stopping suddenly, slowing down while running, landing from a jump incorrectly, and direct contact or collision, such as a football tackle can also cause injury to the ACL.

When you injure your ACL, you might hear a “popping” sound and you may feel as though the knee has given out. Within the first two hours after injury, your knee will swell and you may have a buckling sensation in the knee during twisting movements. You may feel instability in the knee, particularly when trying to change direction of the knee.

Diagnosis of an ACL tear is made by knowing your symptoms, medical history, performing a physical examination of the knee, and performing other diagnostic tests such as X-rays, MRI scans, stress tests of the ligament, and arthroscopy.

Initial treatment consists of rest, ice, compression, and elevation (RICE protocol); all assist in controlling pain and swelling. Physical therapy may be recommended to improve knee motion and strength. A knee brace may be needed to help immobilize your knee.

Before ACL revision surgery, the cause for failure must be identified through history, physical examination, and radiologic evaluation, including X-rays and, occasionally, magnetic resonance imaging (MRI) and computed tomography (CT). An ACL revision surgery needs more than one surgery. During the first surgery, the old screws are removed from the original holes that were drilled to attach the ligaments. Next any further damage is repaired and the tunnels are grafted with donor bone plugs. The second surgery is performed after healing of the bone grafts occur, during which the new holes are drilled and the actual ACL reconstruction is performed.

Following an ACL revision surgery, physical rehabilitation is similar to the initial ACL reconstruction, but may be lengthier and less aggressive. The results are less predictable than the initial surgery and it is very important to protect the reconstructed knee to allow it to heal.

Hit enter to search or ESC to close