Notice of Data Security Incident: On October 30, 2021, OrthoArizona discovered a cybersecurity incident that impacted our IT systems. Learn More

Background: Several anterior labral lesions have been described but to our knowledge, they have not been described in the context of swimmer’s shoulder.

Hypothesis: We believe a plastically deformed anterior-inferior glenoid labrum is the pathognomonic lesion in swimmer’s shoulder. We believe that this can be seen but is often missed with MR arthrography.

Methods: Eleven detailed magnetic resonance imaging scans of symptomatic shoulders of swimmers who had arthroscopically demonstrated labral dysplasia were obtained between 2011 and 2014. One experienced musculoskeletal radiologist and one orthopedic surgeon interpreted each scan, specifically focusing on the anteroinferior labrum (from 3 to 6 o’clock).

Results: Nine of the eleven images (axial cuts) showed a more rounded/blunted appearance with undefined features at the anterior inferior labrum. Nine of nine images demonstrated an intact IGHL and labrum in the ABER position, three patients were unable to perform the positioning.

Conclusions: We believe the chronic repetitive micro-traumatic nature of competitive swimming leads to a more rounded/blunted appearance of the anterior inferior labrum on MR imaging. Further research may help identify these undefined features.

Click here to read the full article that was published in the International Journal of Radiology and Imaging Technology! 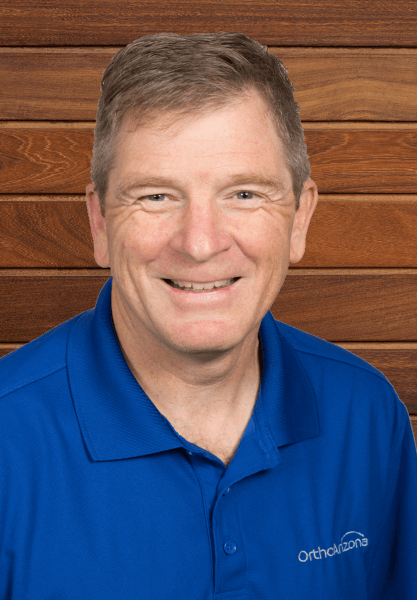 Dr. Sharpe grew up in Southern California where he attended the University of California at Irvine before transferring to Westmont College in Santa Barbara where he earned a bachelor’s degree in economics and business. He then attended the University of Southern California (USC) School of Medicine before completing a residency in orthopedic surgery at Los Angeles County/USC Medical Center. Following his residency, Dr. Sharpe completed fellowship training in Adult Reconstruction – Joint Replacement.

Dr. Sharpe specializes in joint reconstruction and revisions of failed joints as well as small incision joint replacement. He is also a consultant for a joint implant manufacturer and travels around the country teaching other surgeons. Dr. Sharpe has been serving as an orthopedic consultant for the Chicago Cubs for more than 10 years, where he continues to learn about treating athletes and keeping them “in the game.” He is also a team physician for the Mesa Cubs and Mesa Aquatics.

He is involved in the local community having served on the board of the Mesa Symphony and a local bank and is actively involved in Scouting. His active lifestyle includes road cycling, swimming, waterskiing and snow skiing. Dr. Sharpe also enjoys vicarious participation in his children’s many sports including swimming, wrestling, diving, soccer, gymnastics, baseball, dance and basketball.

We're excited to announce that OrthoArizona was na

Ever wonder how Total Hip Replacements are done?

Check out how our Director of Sports Performance,

We're excited to announce that we've adjusted the

Can you guess what some of the most common orthope

Have you ever gotten an x-ray done?⁠ ⁠ X-Rays

Hit enter to search or ESC to close